How To Spot Shallow Water Fish While Sight Fishing

By Eric BonnemanDecember 9, 2020No Comments 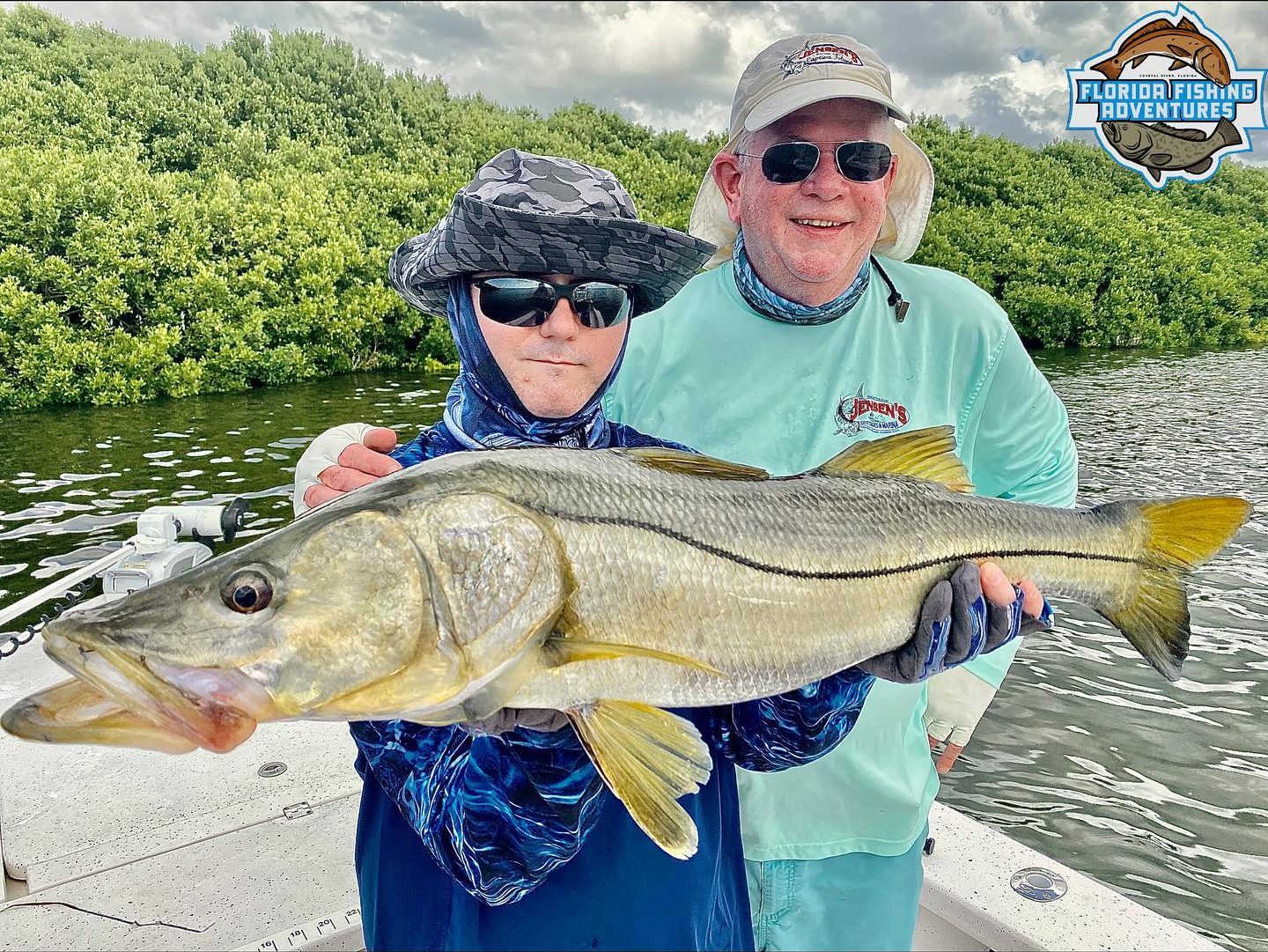 Sight fishing the shallow flats of Florida is the pinnacle of inshore fishing techniques. Many akin it to “hunting” – flats fisherman stalk the flats looking for signs of fish activity, stealthily stalk up to the fish, and work on the perfect cast. But how is it exactly that they do that? Especially from far distances. Below, we will look at three main ways.

This is the simplest form of sight fishing and often the most productive. Scanning the surface of the water for feeding or moving fish is the primary focus. It takes time to begin to learn the patterns involved with different species and activities. Many that are new to sight fishing may find they have spent most of their time working towards a school of mullet. This of course is not the goal. It takes practice to understand what the surface movement actually is. One unmistakable type of surface activity is the explosion.  When fish explode on the surface they are generally hitting schools of baitfish. In this, a sight fisherman has found an actively and aggressively feeding fish 9or school of fish) that are immediately targeted. 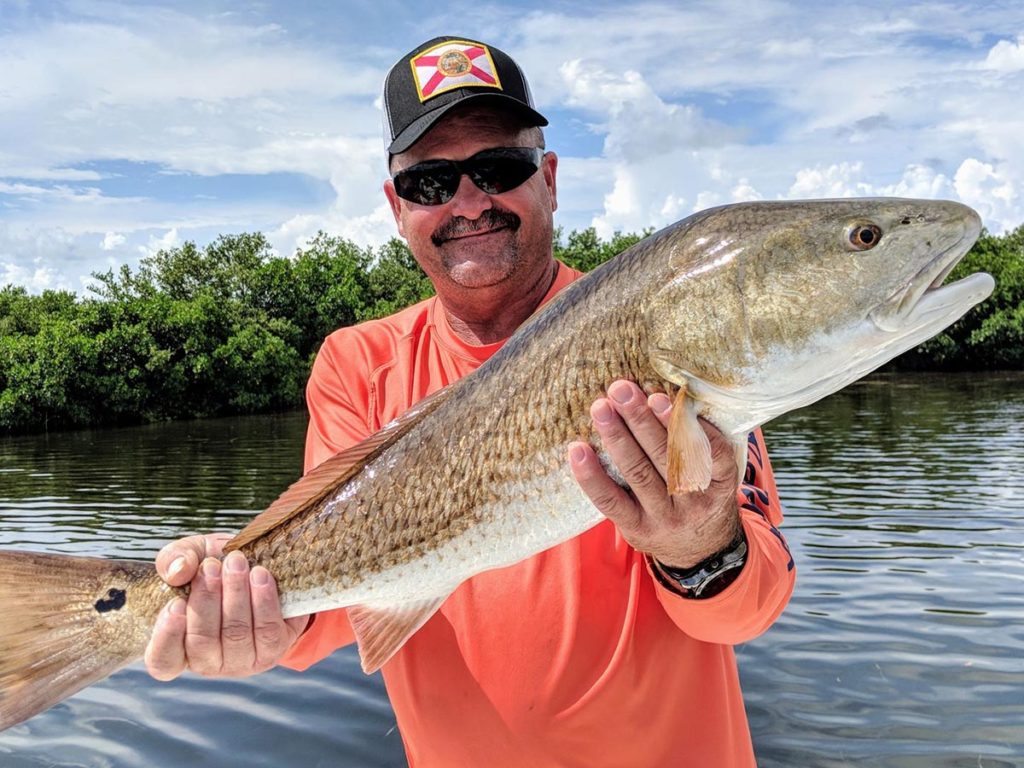 The “push” is another form of surface activity, but this generally allows seasoned sight fisherman to identify the fish. The “push” refers to the wake of water being created by the head of the fish cruising just under the surface. Some go in a straight line and others are more sporadic, but each can be attributed to a specific species of fish. The most common type of push that is targeted is that of the redfish. Redfish in shallow water push deep v style head wakes in a direct line toward their target. Seasoned sight fishermen know to immediately lead that fish with a presentation and odds are very high the lure is about to get smashed (just don’t hit them in the head). 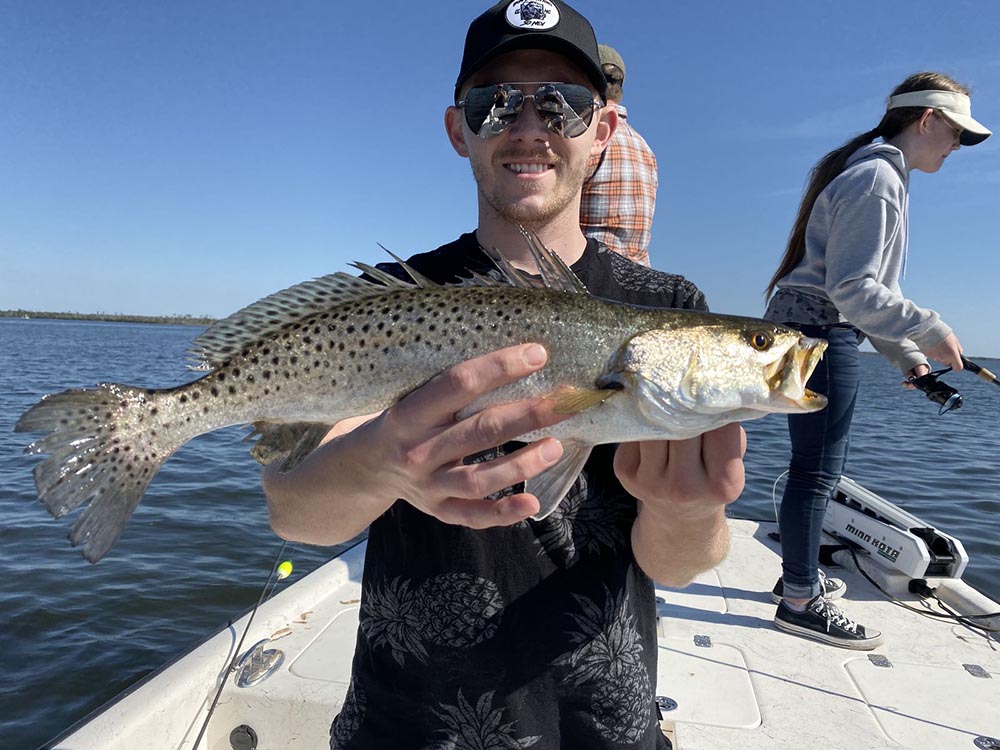 Shadows can be more complex and be even harder on rookie sight fisherman than surface activity. As a matter of fact, this is probably the least utilized technique due to the various mistakes that can happen, even by those seasoned pros. However, when you see that snook or redfish silhouette holding up on the flats or back in the mangroves, the shape becomes quite unmistakable. Until the sight fisherman gets to that level, however, one can spend an entire day casting at rocks and sticks until this skill is honed.